"This is the bible on vaccine info. Ignore at your own risk."
Dr. Sherri Tenpenny, MD"Thanks for your hard work."
Americas Front Line Doctors 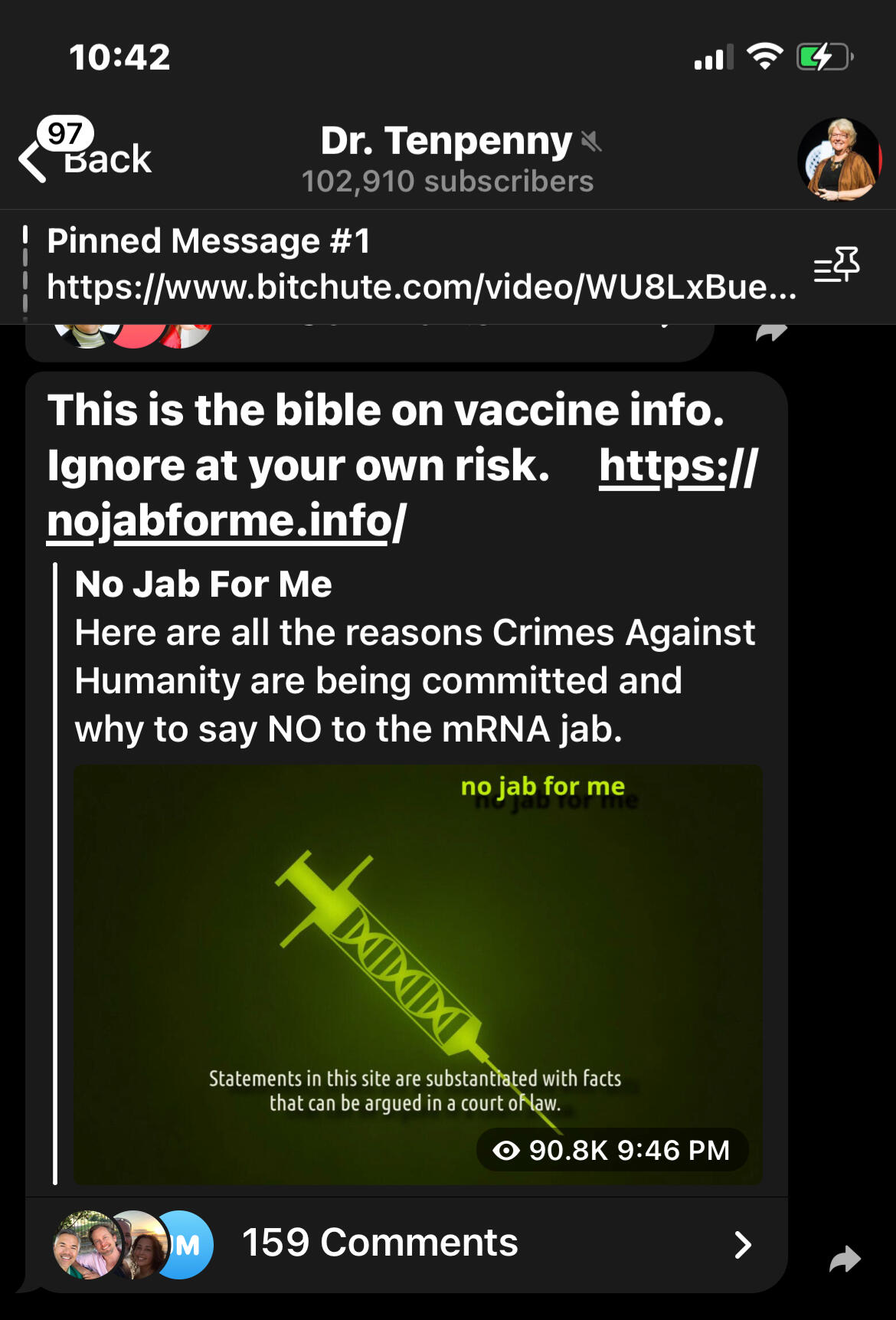 My name is Paul Adams. Not in a million years did I expect to create this website. I started it in February 2021. I am a one man team, just a retired guy, doing my part to shed light on the facts, just the facts, with God's help.My first website, cosmicfact.com, was published in May 2021 and featured videos on the Plandemic.Nojabforme.info was first launched in February 2021 with 125 links. As of July 2022 it contains 584 links providing a preponderance of evidence to help any jury arrive at the only conclusion: that beyond any reasonable doubt crimes against humanity have been and are being committed. I also created:nojab.icu
covidfear.exposed
10maskfails.topNojabforme.info has been denied services by PayPal, Google Drive, pCloud, Patreon, and YouTube. Twitter and Facebook issue warnings.Statements in this site are substantiated with facts that will stand in a court of law.Free Informed Consent is the hallmark of modern medicine. The Nuremberg Trials following WW2 ensured that never again would people be subjected to cruel medical experiments without their free informed consent.Patients always sign consent forms when admitted to hospitals. Informed Consent requires a flow of accurate, unfiltered information. Now, hospitals have disguised vaccines as biogenics. Failure to provide Informed Consent to anyone receiving a medical intervention, especially an experimental technology that is proving to be the most lethal in the history of vaccines, constitutes a Crime Against Humanity.Any kind of obfuscation of the facts to pressure someone to be experimented on with an untested medical injection or penalizing a person for refusing to be a guinea pig contravenes the Nuremberg Code and 21 U.S. Code § 360bbb–3. Anyone trying to take down this site either by disabling links or posting warnings that this site is dangerous, will be named as codefendant in the equivalent of another Nuremberg trial for Crimes Against Humanity. That includes social media. Lawyers are standing by. 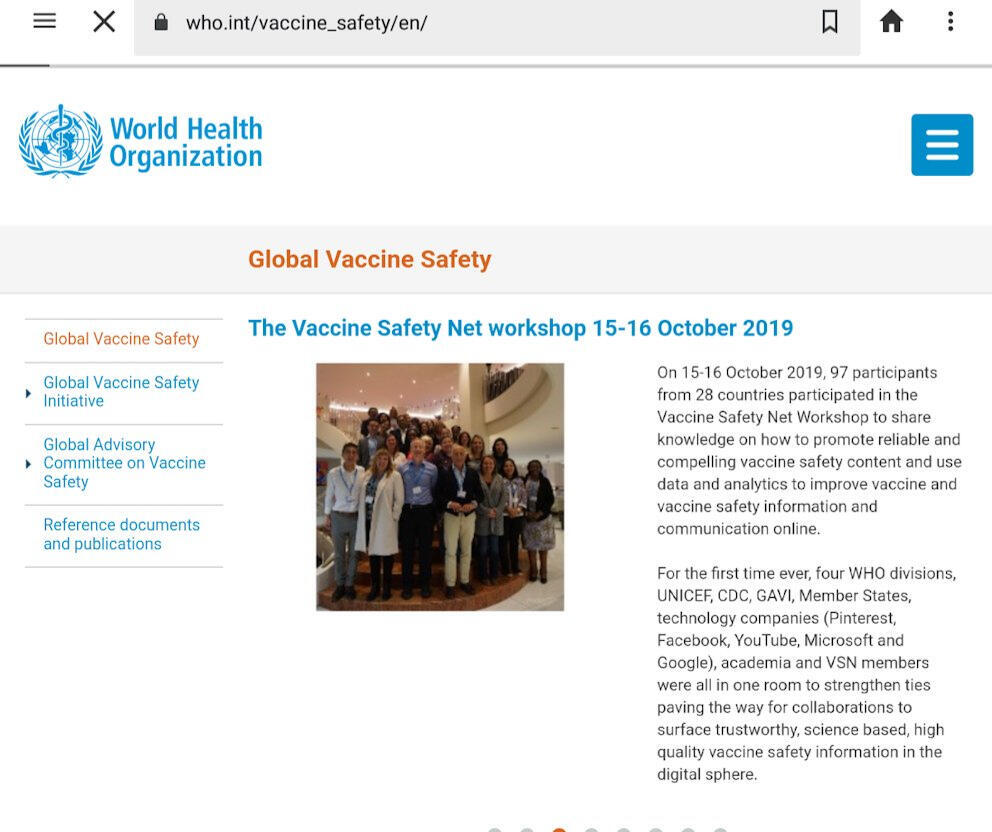 We are fighting a spiritual battle. The sociopaths seem to have the upper hand, for just a bit longer. To not fight the battle would be to condemn the WW2 prisoners of war to their same fate all over again.~ Paul Adams______________ 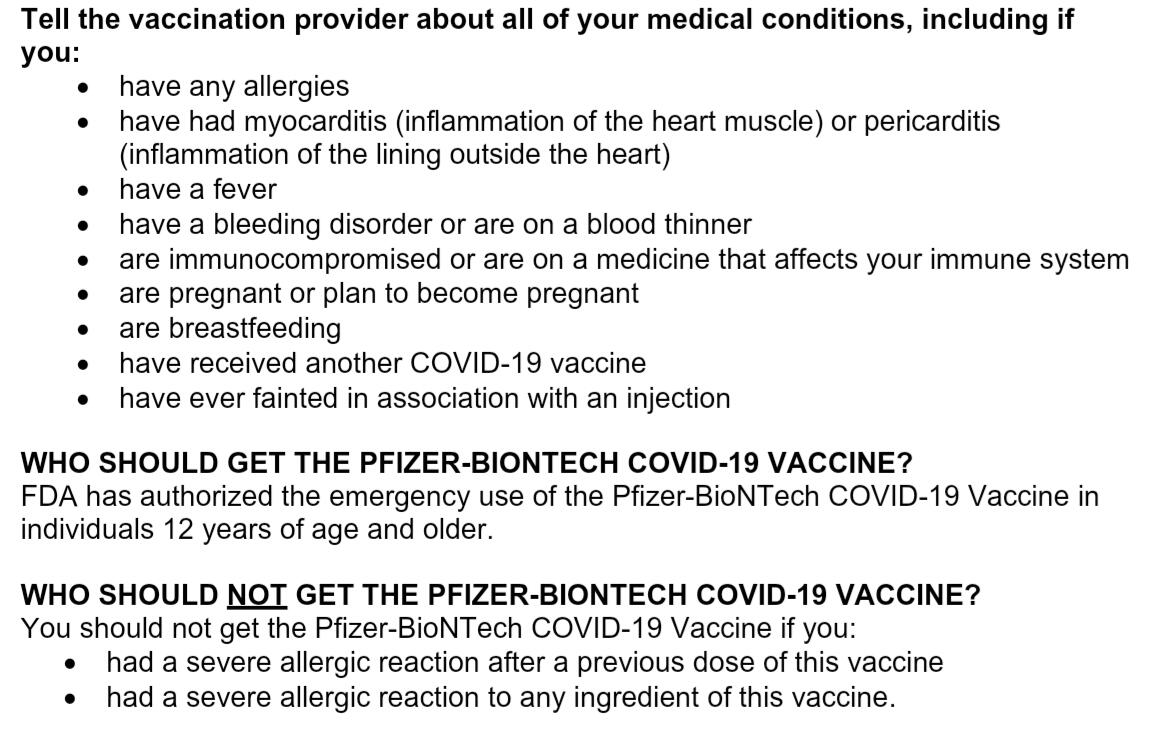 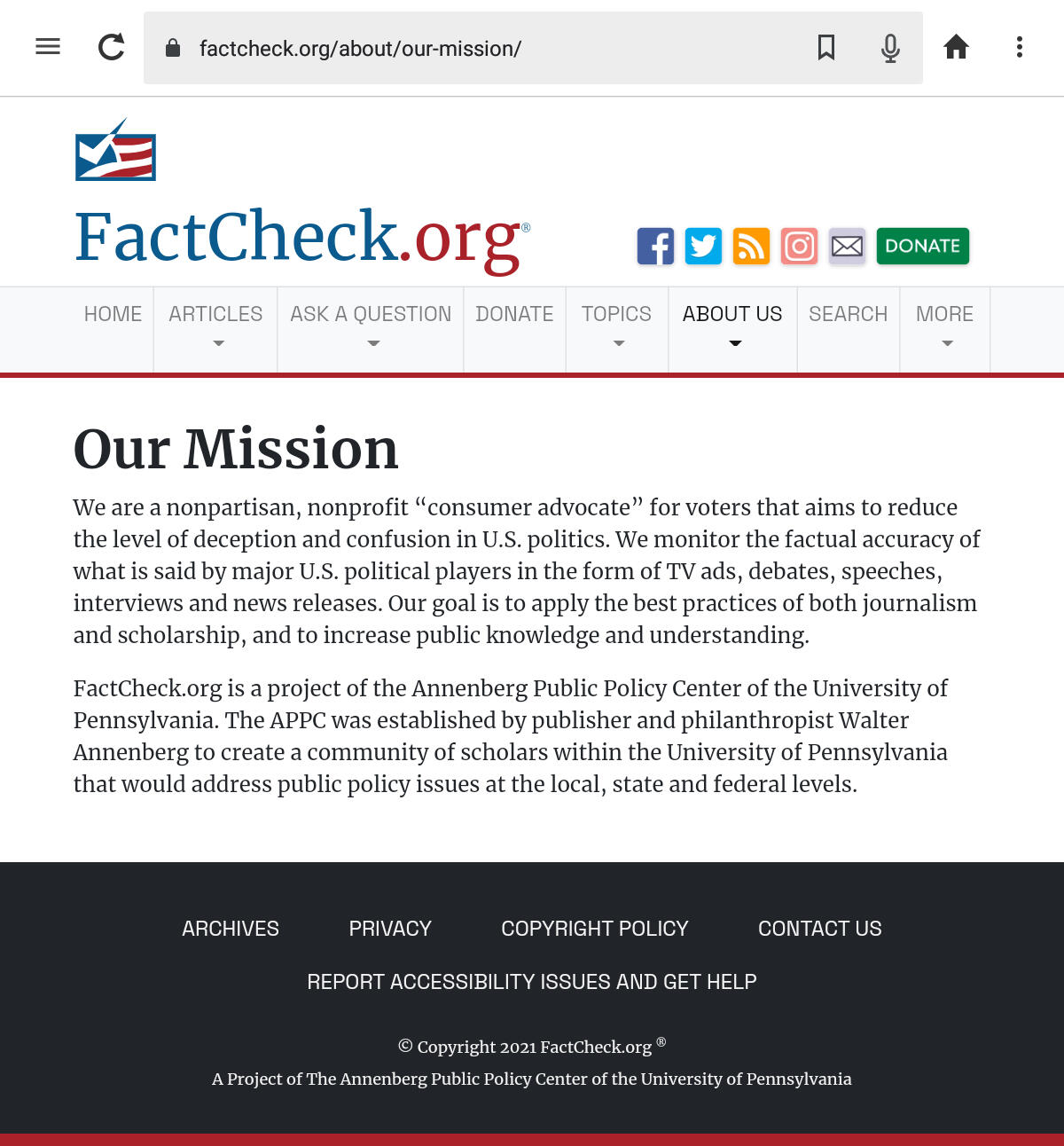 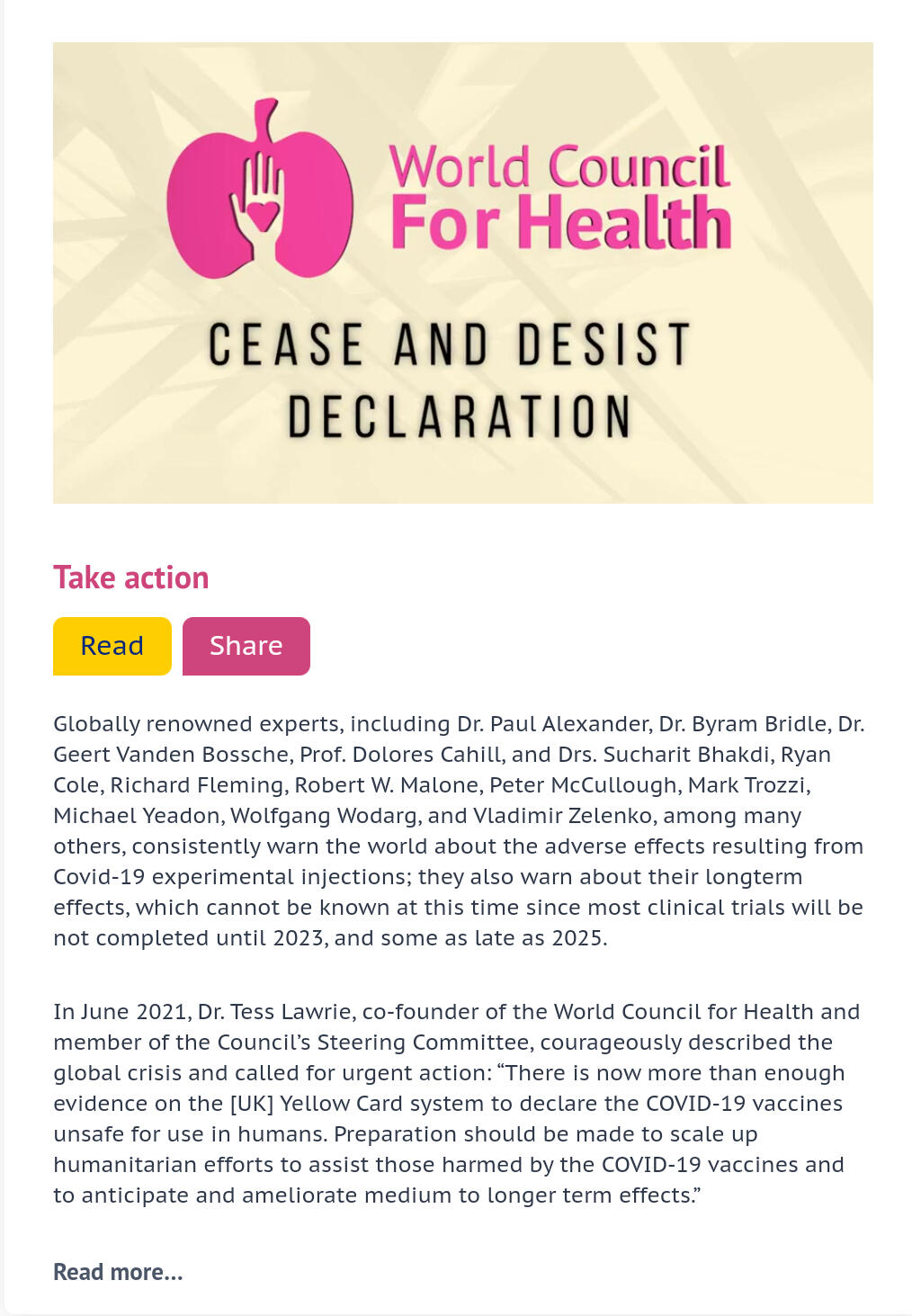 The DoD keeps robust, accurate records, unlike the CDC & FDA that are beholden to Big Pharma. Read the Liberty Counsel summary and weep:

I am a one-man team, a retired 69 yr old nomad living in his van.
Exposing the Covid Scamdemic is my mission at this stage of my life.I'm also the creator of:
covidfear.exposed
10maskfails.top
nojab.icuYour contribution is most appreciated.